Book: There Is No End to This Slope

A brief bio: Richard received an MFA in Playwriting from Brooklyn College. His plays have been either presented or developed at The New York International Fringe Festival, The Playwrights’ Center, The Flea, Here Arts Center, Chicago Dramatists and the Dramatists Guild. His stories, reviews and interviews have appeared in The Brooklyn Rail, Failbetter, Front Porch, Bound Off, The Rusty Toque, Full of Crow, Nth Position, theDaily Vault and American  He is the founder of the online music magazine Riffraf. There Is No End to This Slope is his first novel.

1. Why did you decide to go indie and self-publish? What was the process like for you?

I’ve always been an indie guy. In the late 80s to mid 90s, I was the singer of several indie bands. From the late 90s to mid 2000s, I was an indie playwright. When I completed There Is No End to This Slope I asked Mark Doyon at Wampus Multimedia (an indie press and record label) if he’d be interested in taking a look at it. I only want to work with somebody who trusts me and my writing and since Mark and I had such similar tastes in music I had an inkling that he would be that guy. Mark has been a great champion of my novel. Not only is Mr. Doyon my publisher, but he has also been an incredible editor and collaborator.

2. How do you market/promote/advertise? What’s been successful and what hasn’t?

3. What advice would you give to an author who’s trying to decide between traditional publishing and independent?

I’m not one for advice, but I would tell friends of mine who have a completed manuscript to put aside any notion of fame, fortune and glory. You’re a writer not a pop star.

4. When/how did you realize that you wanted to be a writer?

I have always written. That’s what I do. Sometimes I write good stories. Occasionally, I don’t.

5. Most indie authors have day jobs. How has your current or previous employment informed your writing?

Presently, my day job is taking care of my three-year-old twins. Since I do the bulk of my writing when they fall asleep, I’ve had to adhere to more stringent time constrictions, a half hour here, an hour there.

6. Do you have any favorite authors and do they influence your writing?

I think writers should be avid readers. We should read everything too and delve into genres that we might not be comfortable reading. Cormac McCarthy, particularly his approach to dialogue, was a substantial influence on There Is No End to This Slope, whereas JD Salinger’s style had an impact on John Lenza’s voice.

I just hope to pick off a few (like 100) of their customers.

Location: A sidewalk near The Strand Book Store in Union Square 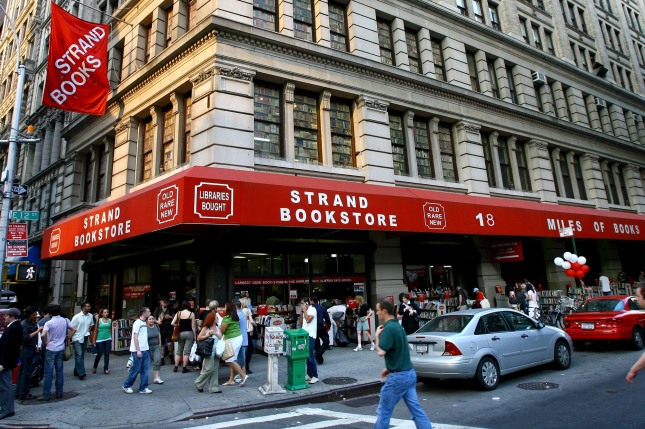 Singulus Books has popped up on the Upper West Side. Today only, 10am to 6pm.

Near the world famous Zabar’s,

and a block away from this place, 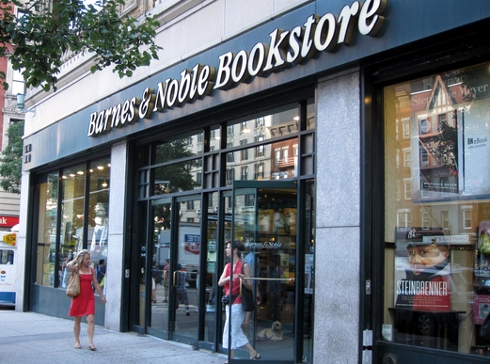 and here’s the neighborhood. 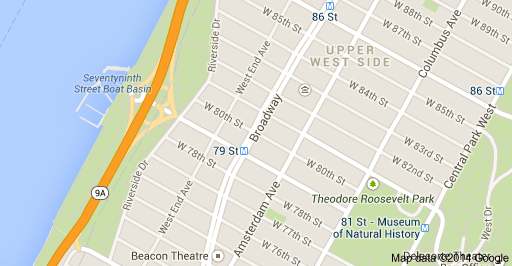 If you’re in the area, please visit. Perhaps buy my book, chat, etc.

Maybe offer to cover my table for a few minutes so I can take a bathroom break.

It’s the least you can do.