San Francisco, California. Fifty hills surrounded by the cold waters of the ocean and the bay. City of rebellion and revolution. Smothered by fog daily.

This is the place where Jacob Gavel grew up, the place he ran away from at twenty, and the place he never thought he’d come back to.

The city’s in the middle of its second financial renaissance. A century and a half earlier, gold nuggets. In the year 2000, silicon microchips. The dot-com boom created hundreds of new companies, swollen with capital and potential, profitable only in theory, run by young professionals with a lot of disposable income.

After Jacob, a fledgling sculptor, leaves a failed marriage and flees New York City, he returns home, welcomed by his mentally ill mother, subordinate father, and successful sister. As he settles in, he discovers a family secret. He had a twin brother who died in the womb right next to him. When the shock wears off, his reality becomes clear. He’s alone, broke, and unemployed. In an attempt to rebuild his life, he takes a low-paying job as a mental health case manager, but with all the tech money flooding the city, his childhood friend, Paul, has a better idea.

His fresh start spoils. Events trigger his dreams, and his dreams resurrect childhood memories, propelling him forward on a sleep-deprived, speed-fueled mission to find recognition, love, and revenge. 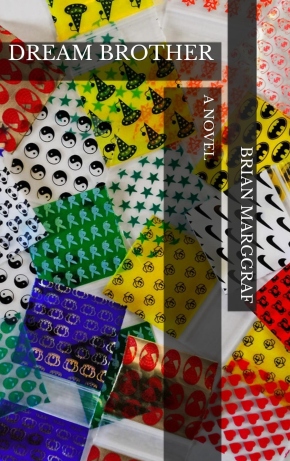 100 thoughts on “Dream Brother: A Novel”